The main British opposition party has accused the government of recklessness after it confirmed plans to lift most coronavirus restrictions in England. It's the first country to do so while infections are surging. The Prime Minister Boris Johnson said he expected to ease measures in 2 weeks, thanks to the success of the vaccination program. Here is Rob Watson. The rationale is from the government and, to some extent, from the scientific advisers as well, if not now, when? And I think, more specifically, I think the idea is, look, if you waited to the winter, you'll have flu infections to deal with, and so, it's better to do it now. And that in any case, it maybe that, let's say you were to delay the lifting of all these restrictions, all you do is just shift the number of deaths later in the year. But you, unfortunately, would still get them. 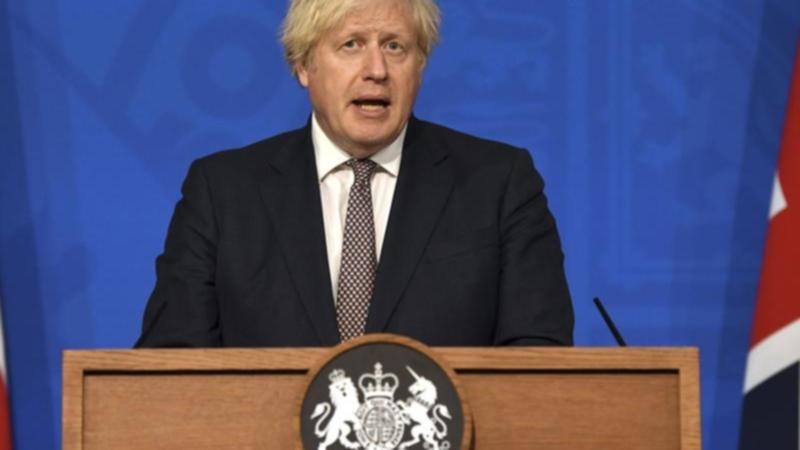 Germany is to ease tough restrictions on travelers from Britain, India, Nepal, Portugal and Russia. They were imposed because of the coronavirus. The German public health institute said that from Wednesday, the five countries will be downgraded to high incidence areas. Jenny Hill sent this report from Berlin. Just two weeks ago, Angela Merkel was trying in vain to persuade other EU leaders to impose tighter restrictions on travelers from the U.K. Now, Germany is to relax its own rules. The decision will no doubt be seen by some as a victory to Boris Johnson, who discussed the issue with Chancellor Merkel during their meeting last week. Others may interpret it as a concession to the demands of other European countries keen to welcome back British tourists. But the relaxation of restrictions may simply represent an acknowledgment on the part of the authorities here that the Delta variant is now fast becoming the dominant strain in Germany too.

Police in the US city of Chicago say about 90 people were shot there over the weekend when the Americans marked the 4th of July public holiday. Fifteen people were killed and 5 children were among the wounded. Two police officers were also injured when they tried to disperse a crowd. The family of the Honduran indigenous and environmental campaigner Berta Caceres has welcomed the conviction of a man found guilty of helping plan her murder 5 years ago. A court in Honduras ruled that David Castillo hired the gunman who killed Ms Caceres in her home. Her daughter Laura said it was a day of victory in a long process towards justice. He has clearly played a key part in this crime, but we still need to bring to justice the masterminds behind it. He opened a door for us to find those who planned the murder, and we will continue to pursue that. Our fight doesn't end here. We will continue fighting against the corruption that's been unveiled and also against the masterminds who remain unpunished. Mr. Castillo is facing a sentence of up to 30 years in jail.

This is the latest news from the BBC.